3rd November is yet another National Holiday in Japan. They have about 12 a year, more than most countries, and my theory is that it’s because of their insane work ethic which leaves many people, some of my friends included, working 17 hours a day in Tokyo.

What to do with a holiday? Well, the answer was EAT. 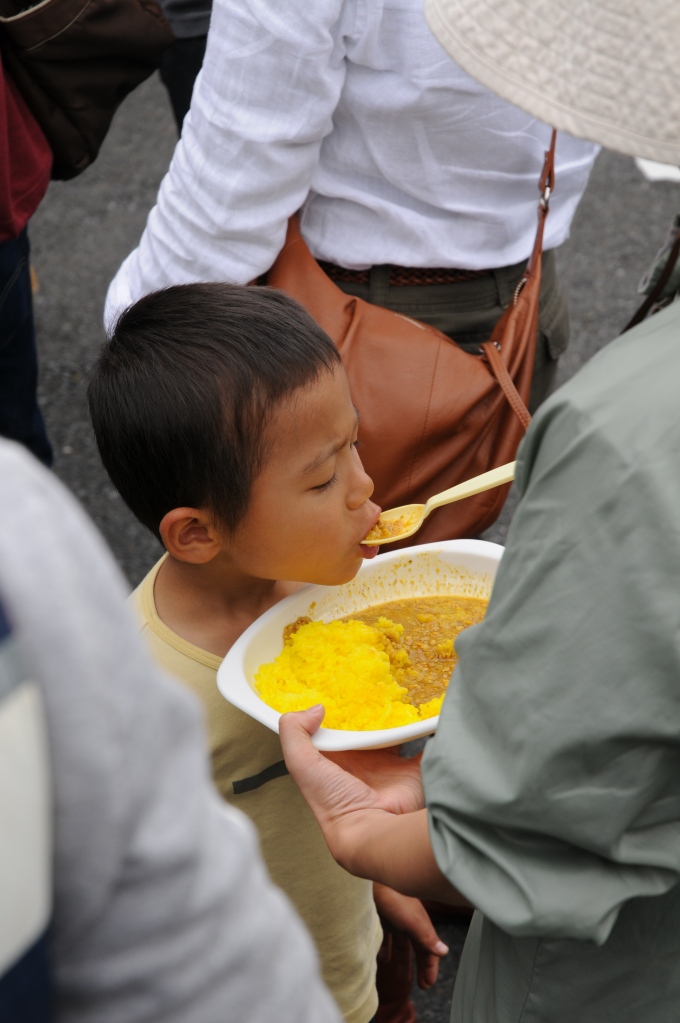 Kyoto International Community Foundation is a large organisation not far from where I live and it’s where I’ve just start taking Japanese lessons (for free!) They were holding an open day, promising food and entertainment from around the world. Well, we didn’t get much past the food to be honest.

I’ve said this before, but I’ll say it again: food from stalls is never as good as it looks. I decided to visit “Germany” which was perhaps a mistake in itself, given my recollections of German food. However, they promised good quality looking sausages and potato salad. How could I resist? The two sausages in the picture were quite small but they looked so tasty and potato salad….mmm……

NOT. Firstly, when I went to buy the plate advertised for 400 円 they charged me an extra 100 円 for a second sausage. I believe that’s called false advertising, and I believe it’s illegal in the UK. Next, when I examined my potato salad, it looked very strange indeed. It didn’t appear to have any potatoes in it. Nor did it seem to be covered in mayonnaise. Instead, I got some doughy pasta balls mixed in with sauerkraut. Not impressed.

We then spent 25 minute queuing for a mutton kebab which was sized for hungry two year-olds. At least it was delicious.

I particularly liked the Japanese interpretation of French cuisine. What do the French eat? Omelettes! Fois gras! Let’s mix the two together! (Apparently some recipes for this do exist on the Internet but the thought of the combination turns my stomach. What do you think?)