Last Sunday, I was in a quandary.

On Thursday night, I had gone out for Korean (review coming soon).

On Friday, I had been to Taste.

On Saturday, I had been to EatMeUp and The Chocolate Festival (review also coming soon).

On Sunday, I was going to cook a dinner party meal for friends. But I was also going to miss Feast. 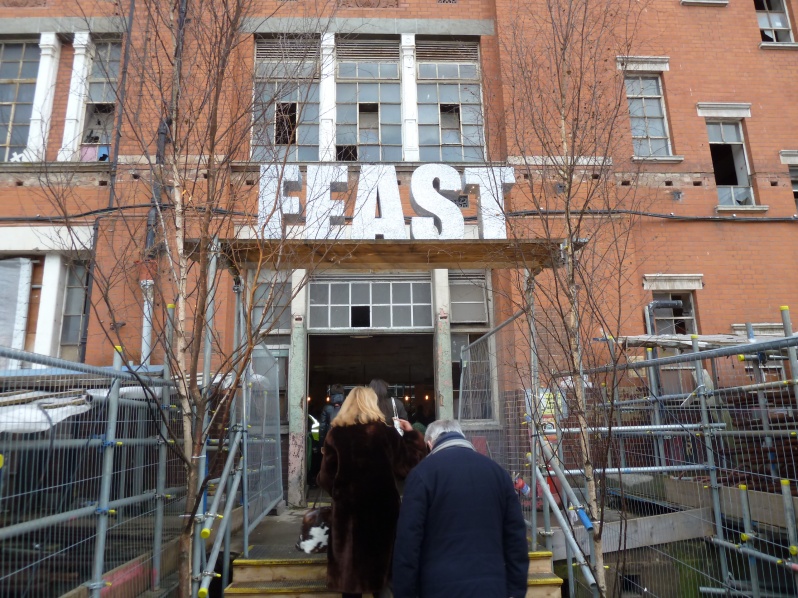 Held in the Former North London Mail Centre, Feast had a setting that was down-to-earth yet edgy – perfect for some serious street food consumption.

Throw together sporadic lighting, some live entertainment and the occasional Santa outfit, and Feast was full of festive fun.

I sauntered around the festival, soaking up the variety, but I was actually on a mission. Following my tasty time at Kerb Your Enfoodiasm Winter Party, I’d investigated Kerb traders. There was one trader I just had to try. I was in search of Yum Bun to try their yum buns (2 for £5, 1 for £3). 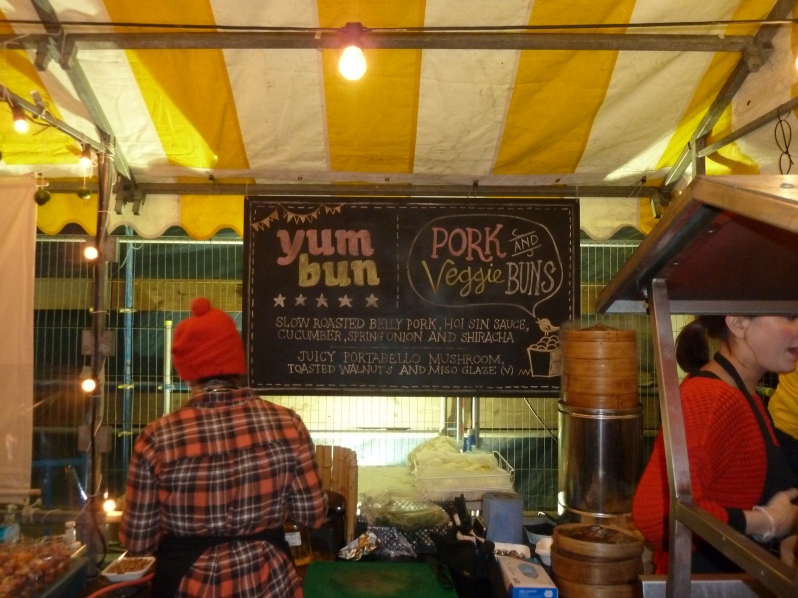 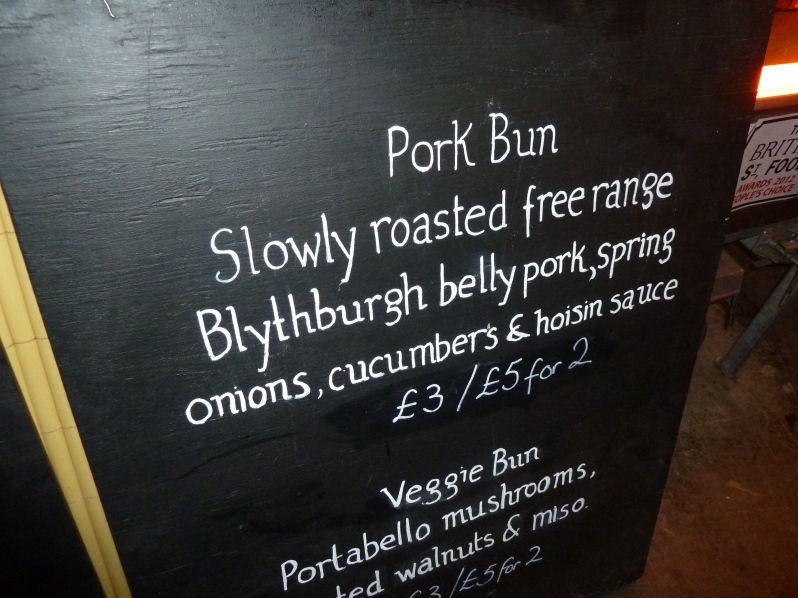 Tender belly pork, cucumber and spring onions, hoi sin sauce and sriracha hot chilli sauce. All served in a hand-made steamed bun, that was wondrously light. It was a very good choice. 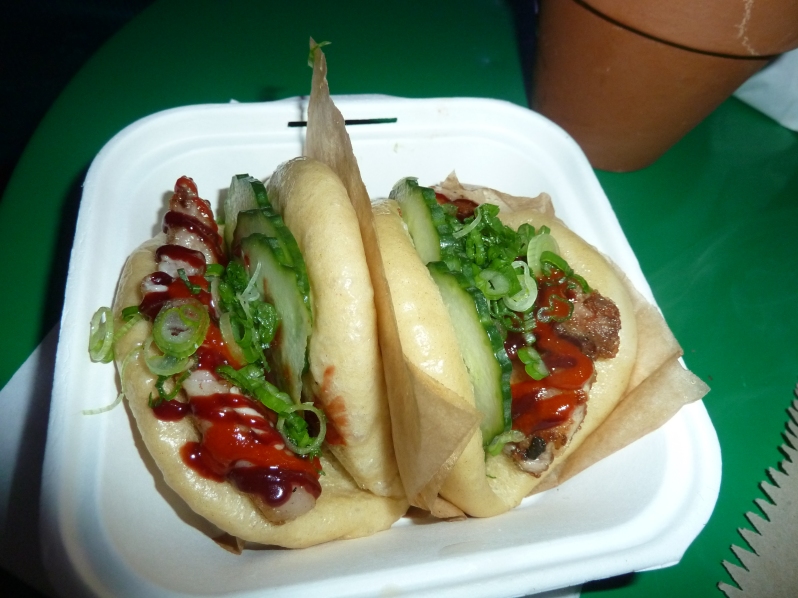 I also knew that the Meringue Girls were in the vicinity, which meant I couldn’t relax until I had sampled their meringue apple crumble (£5) once more. I resorted to shovelling it into my face. So good.

Of course, I needed to branch out into new gastronomic territory  so I sampled an onion bhaji from Delhi Grill, which was a little underwhelming and needed a bit of seasoning.

I also got hold of a Pork, Chocolate and Peanut stew (yes, I did type that correctly) from Ceviche, which sadly was quite bland and none of the flavours stood out. However, their £3 pots of ceviche were super-popular so maybe I made the wrong choice.

My friend dug into a pizza margherita from the Pizza Pilgrims, which was simple but tasty in a way that only freshly baked pizza can be. 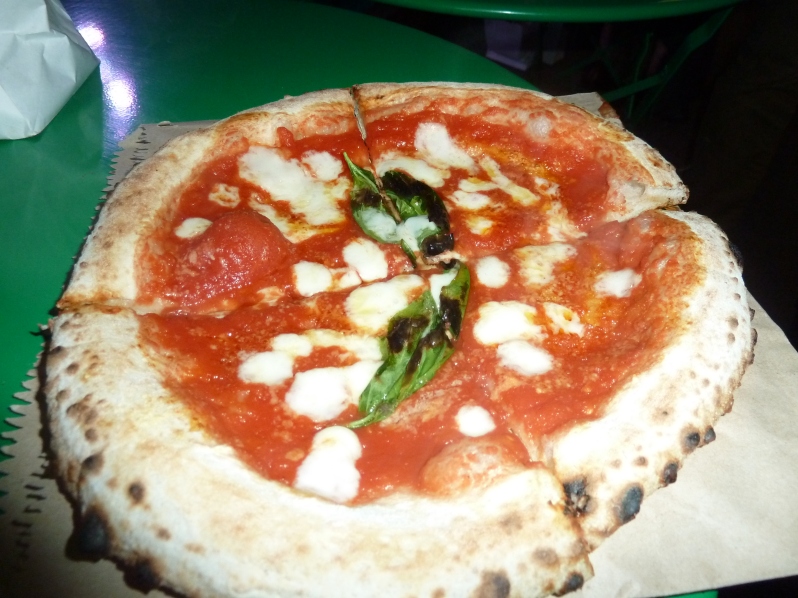 Influenced by high commendation of Bocaface’s mini-baguettes, he got the chorizo and peppers version. It was bursting with flavour and he had to stop me from seizing it out of his hands and chomping it down.

My only complaint was that an event like Feast induces a panic attack in me. So much food. So many options. So little time. But I guess that is the point of a feast.

Photos for your enjoyment: 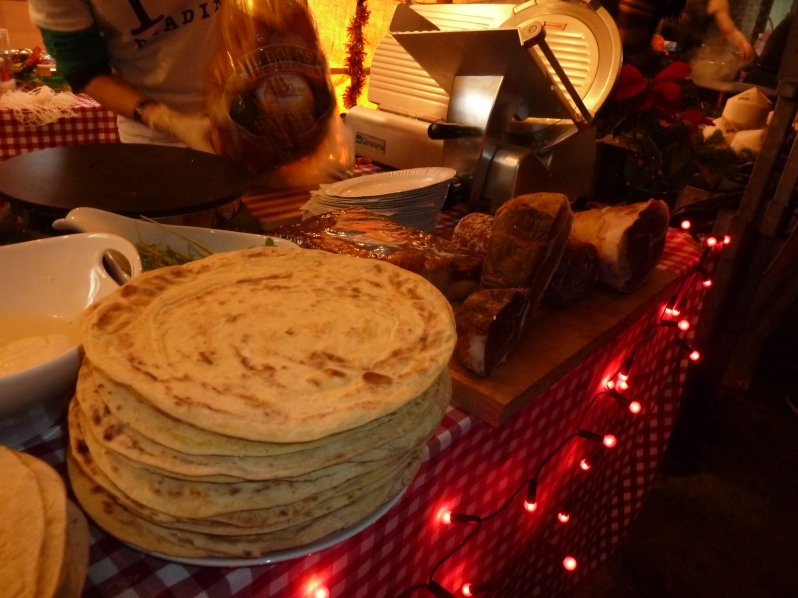 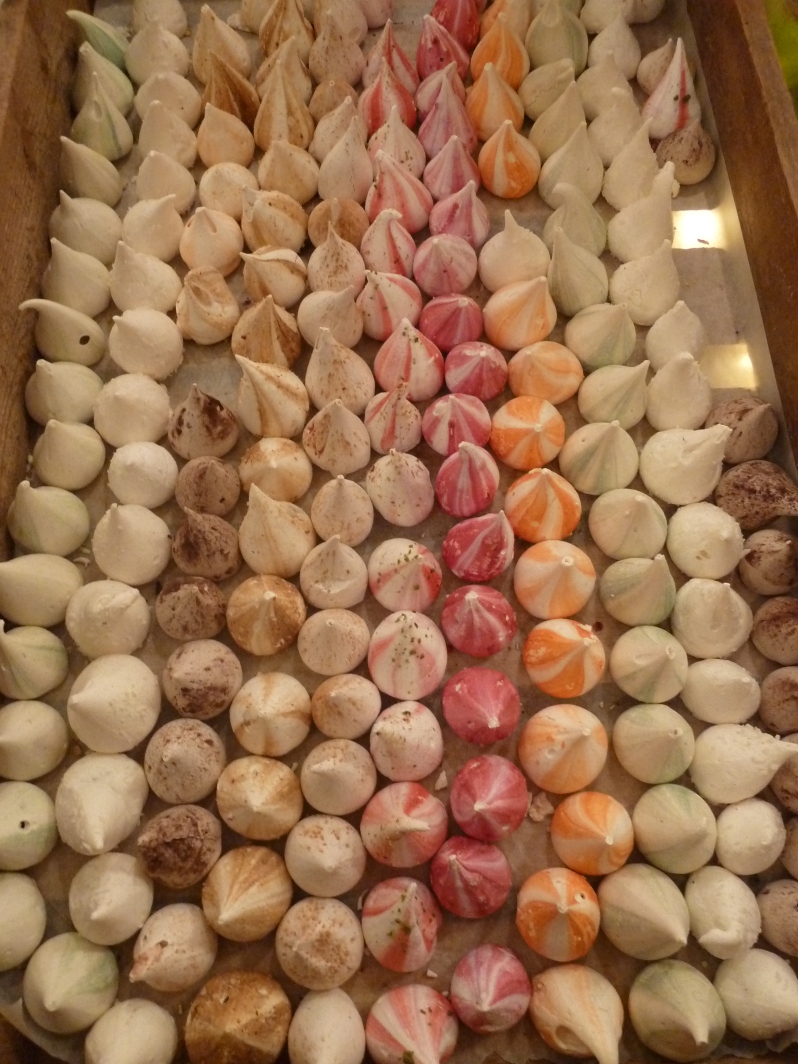 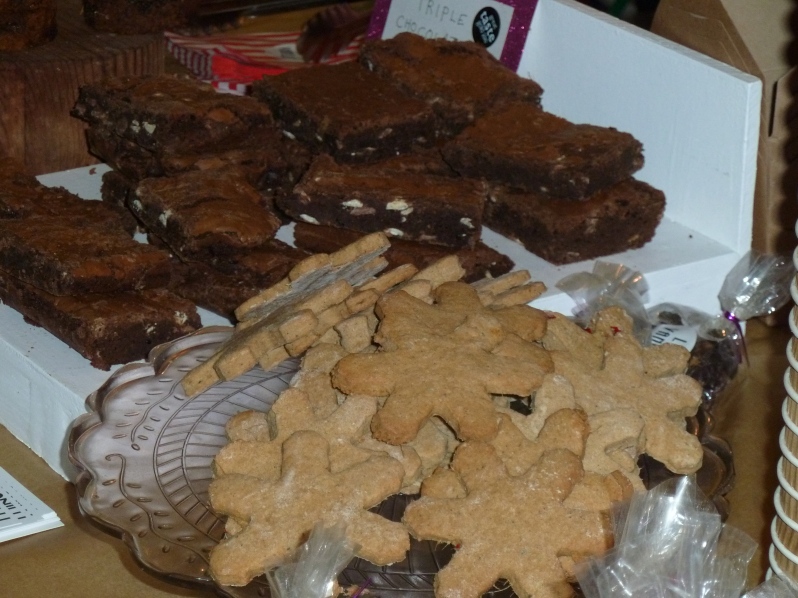 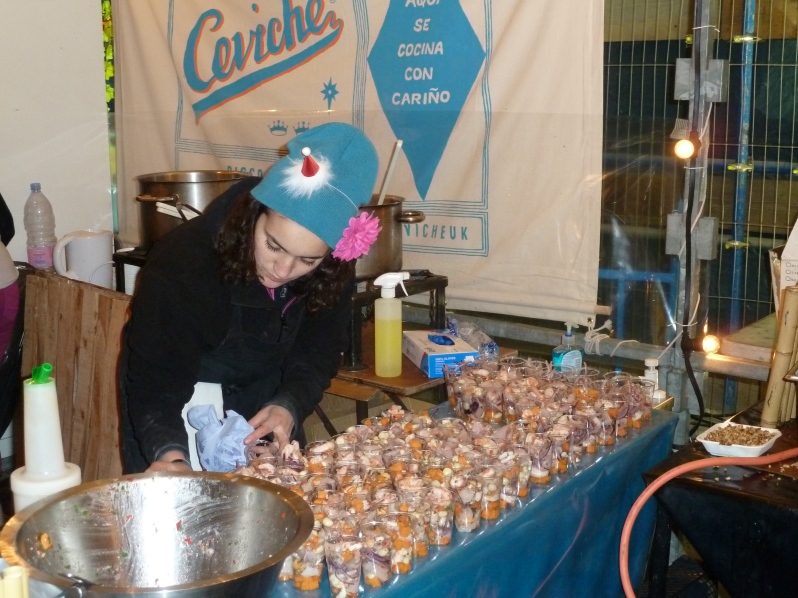 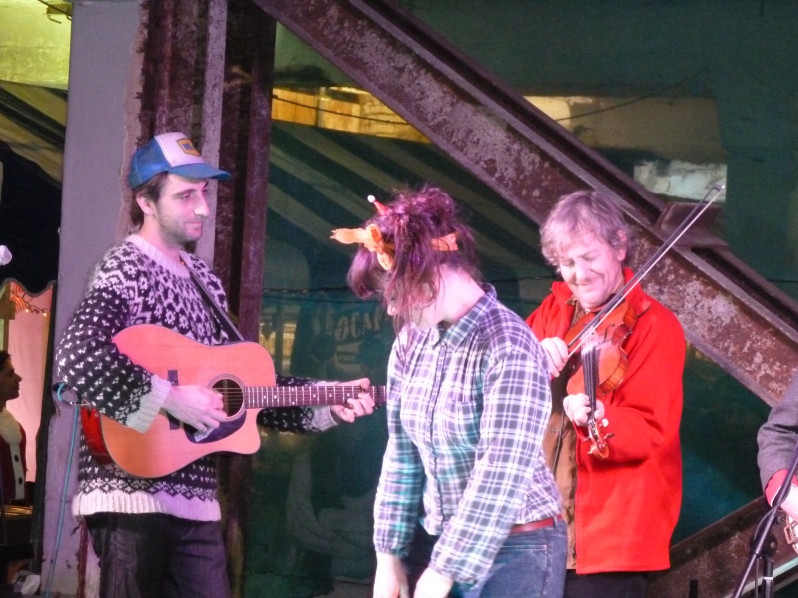