Some places have such a reputation that their names seem to drift in the wind, snatches of overheard conversations on the street. The Breakfast Club is one of those places.

I first encountered it when a man approached me in the street to ask its location. After that, I heard The Breakfast Club mentioned everywhere. I couldn’t escape it.

It grew in my mind until I could resist it no longer, and decided to seek it out. I love a good breakfast. Or brunch. Take your pick.

As it happens, if you want to head to The Breakfast Club, it’s advisable to get there before 10am. The queue can get pretty long. We arrived at just before 10am on a Sunday and we had a queue of 10 minutes, which is bearable, especially when checking out the esoteric décor. 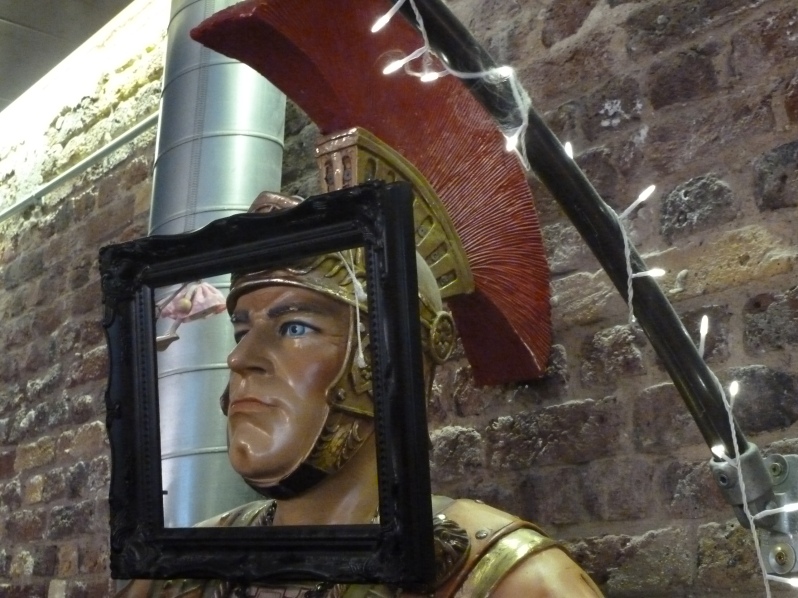 The Breakfast Club has an American diner style aesthetic,  but don’t panic! English breakfasts are on the menu.

We were seated at a high table and our order was promptly taken. Our waitress was polite and efficient, but had to fight the urge to give me the veggie breakfast instead of my male co-diner, as often happens when dining out (for my post on food and sexism, click here).

Of course, I wasn’t eating any veggie stuff; I took the Full Monty English Breakfast (at £9.80 if my memory serves me well). This includes: bacon, sausage, black pudding, eggs, home-style fried potatoes, mushrooms, beans, grilled tomato and toasted multigrain bloomer. However, I wimped out and got two bacon instead of black pudding.

I’m a self-confessed food snob, so I was pleasantly surprised by the meatiness and herbiness of the sausages. The eggs were cooked spot on – still runny when broken – and the bread was tasty and thankfully far-removed from white cardboard that seems to grace breakfast plates all too often. Special mention goes to the potatoes, which were simply fantastic – not dry, not mushy, not too salty. My only criticism would be the tomato. Who wants to eat a raw tomato with a cooked breakfast?! Tomatoes should be grilled until soft. Please, Mr. Breakfast Club, don’t do a hotel-effort; get the tomato right.

My partner-in-breakfasting ordered the American veggie, which includes pancakes. I believe he was very satisfied with the choice.

In-keeping with my search for the best hot chocolate in London, I ordered one here. It took me back to my childhood when any kind of sweet, chocolate powder with milk was great. Now, very sweet, mildly chocolatey milk is not so great.

Overall, I left very full and satisfied. The Breakfast Club is hip so it’s perhaps a little overpriced for what is is. But the quality is good, and for a buzzing atmosphere, it’s hard to beat.