I’ve turned into a local. I curse the tourists staring gormlessly at signs/maps and blocking my way. Rather impatient of me, especially as I can’t read the signs, and probably can’t read the map either (A geography degree didn’t teach me that!)

At the beginning of April, Kyoto was swarming with tourists who had come to see the sakura (cherry blossoms). If you don’t know already, sakura is a national obsession in Japan (find out just how much here). It is fetishized in all kinds of alarming ways as you can see here.

On an unseasonably cold Saturday, we set off to Uji, a small town to the south-east of Kyoto. Famous for special Japanese tea, it’s also famous for cherry blossoms and today was the creatively named “Sakura Matsuri” or “Cherry Blossom Festival.”

Turns out, the freezing weather meant the cherry blossoms were a little slow to wake up. We shivered our way around Byodoin, a temple enshrined on the 10円 coin. 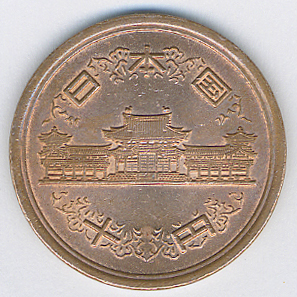 Set very grandly by a pond, the Phoenix Hall (as depicted above) was originally built in 998 andearns its name from its supposed phoenix-like shape and the two phoenixes adorning the roof. The entrance fee of 600円 includes the museum, which displays all kinds of artefacts from the temple, including a spectacular room filled with 52  Bodhisattvas, now classed as a National Treasure.

We then headed to the island where all the (Universal-rated) action was. 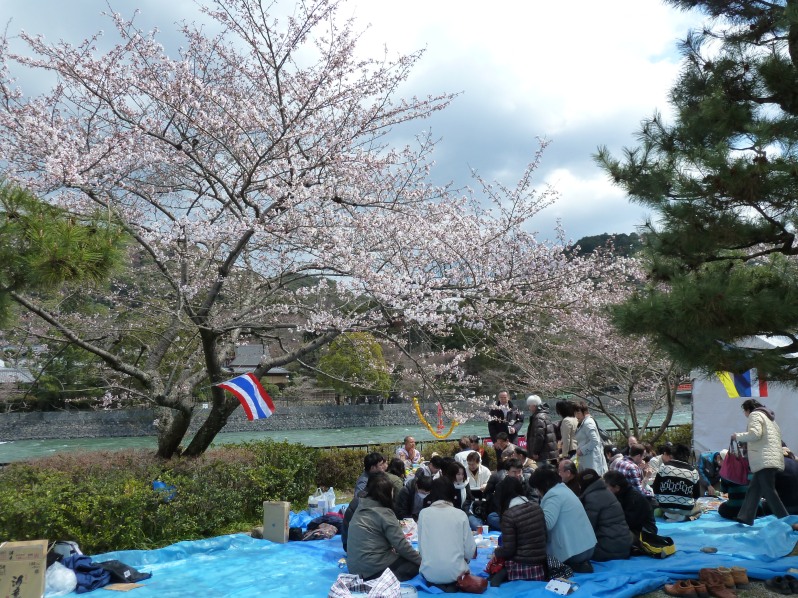 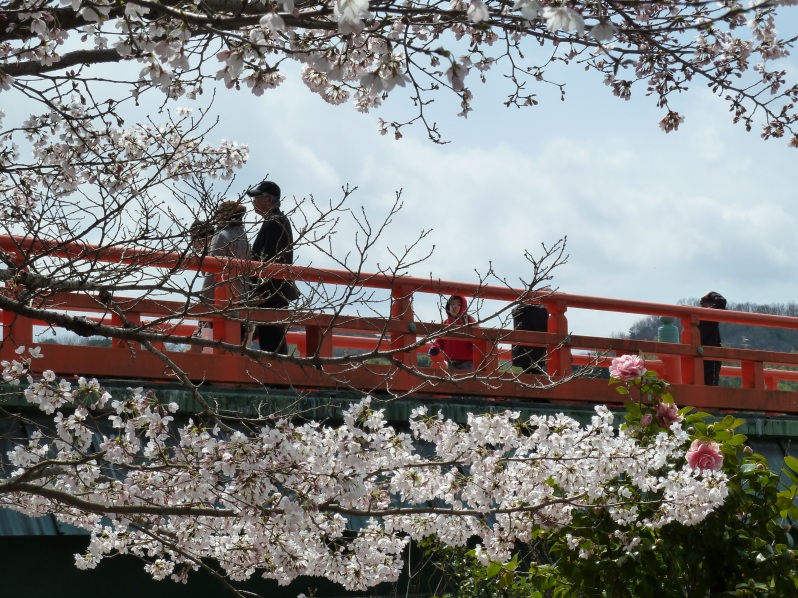 It was pleasing to see that Kyoto City Police were making a welcoming and friendly presence, with giant mascots bouncing around.

Aside from all the sakura viewing, there were lots of stalls selling second-hand crockery and food. Calle and I bought this delicious dango (literally means dumpling but it’s an extraordinarily broad term – see the dango that blogger friend Cocomino bought). Not usually a fan of anko (sweet azuki bean paste), this deep-fried treat mellowed the flavour and provided a wonderful contrast between the crunchy doughnut-like exterior and smooth filling. I could have easily eaten six, and shall continue to fantasise about it.

The place: Seike Yuba
The food: tofu skin AKA yuba

Lunch transported me back into a Dickensian world. I was Oliver Twist, wanting to ask for more revolting slop because we were so starved.

We decided to try yuba, tofu skin. We ordered the a lunch set including a yuba rice bowl, soup and some pickles for 980円. Compared to the other sky-high tourist  prices around, it didn’t seem bad.

That’s until we saw the pitiful size of it and actually ate some of it. An incredibly slimy mass was dumped on top of rice, with a few spring onion slices and a little ginger on top. The results: slimy rice porridge which tasted of nothing but salt. The soup could have been water and we were given so few pickles that they were barely worth bothering with, except they had the strongest flavour of anything on the table.

Overall 1/5
Better tasting food  Food which has a taste can be found almost anywhere else. Only go if you want to pay above-average prices for workhouse gruel.

Atmosphere  2.5/5 – Nothing special – impersonal counter seating and some stark-looking tables. It was busy though.

Service 2/5 – No real service. Food was unceremoniously dumped in front of us when it was ready!

I showed the pictures to a Japanese friend of mine, who was equally disgusted and horrified by this bizarre combination.