In case it’s somehow passed you by, it’s Fairtrade Fortnight  to promote fair wages for farmers and producers in developing countries. In honour of this awareness week, Divine Chocolate is holding a pop-up shop in Covent Garden.

As well as a range of tantalising chocolates, there’s a photo exhibition of Kuapa Kokoo, Ghanian cocoa farmers who own 45% of Divine, and thus influence how the company is run and share in the profits.

I went along to have a sneaky peek and, of course, to sample some chocolate! Divine have just released Milk Chocolate Toffee and Salt, which is proving incredibly popular. Personally, I find a little too sweet and can’t quite rival my affection for Lindt’s Dark Chocolate with Caramel and Sea Salt.

However , Divine do a wonderful job with the flavours in their new Dark Chocolate Chilli and Orange. Neither flavour is too strong and the chocolate is smooth and rich. This could be my new favourite. 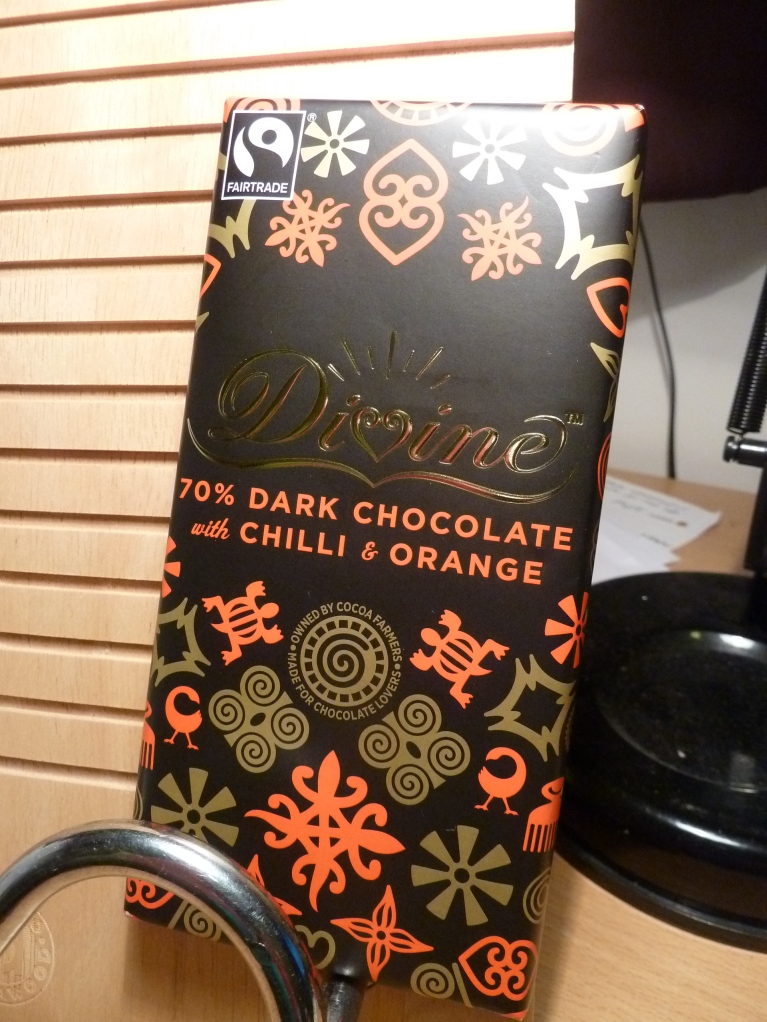 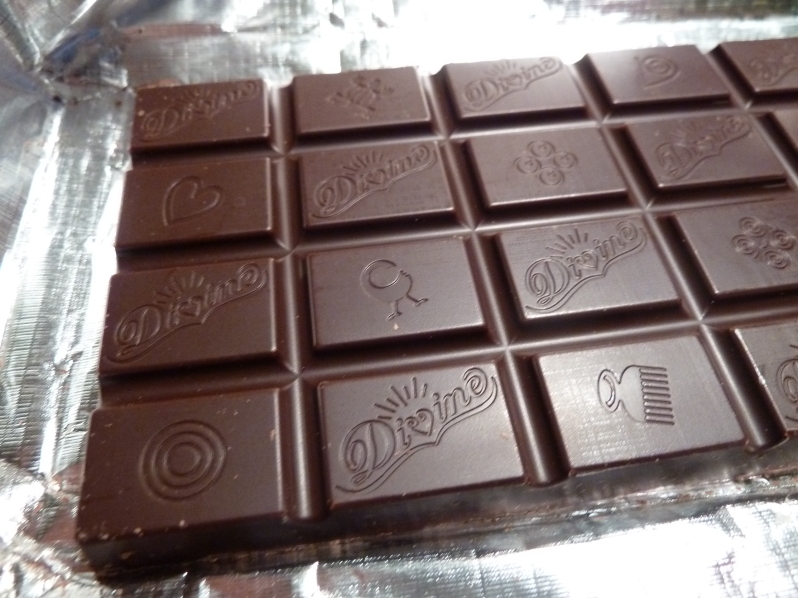 Also worth sampling is their Butterscotch Milk Chocolate, which is quite frankly addictive.

The pop-up is only there until March 9th, so hurry to 71 Monmouth Street, eat chocolate and support fair trade.