Any first time visitor to Japan will be struck by many things, not least the vast number of temples and shrines dotted across the countryside, squeezed in between office blocks and train tracks, and tucked underneath dense foliage.

Shrines are a place of worship for those following the Shinto religion, which emphasises that each and every thing is divine. Temples, on the other hand, are for Buddhists. But things get confusing when, after encountering some torii – the (often bright orange) gates that demarcate shinto shrines – you find a Buddhist temple beyond it. Shintoism and Buddhism are one big incestuous mess, and to the Western mind, this is often difficult to comprehend. A religion acts as a world view, a guide to life and a way of living. Religions are considered to be mutually exclusive. Not so in Japan.

One of the reasons for this is that many Japanese do not consider Shinto to be a religion nor do they consider themselves to be followers of Shinto, thus allowing it to coexist happily with Buddhism. It has been argued that Japanese beliefs should be understood as one complex system of both religions, and indeed there is a term for this religious mixture – Shinbutsu-shūgō (literally the “syncretism of kami and buddhas”).  Yet statistics suggest that the majority of Japanese do not consider themselves to be religious at all, despite regularly visiting shrines.

Although this approach may seem contradictory or even illogical, consider the concept of nationality. In the UK, it is perfectly acceptable to have more than one. Yet, in Japan, you are either Japanese or you are not; there is no in belonging to more than one country. You only get one passport so you better make your mind up! For me, it’s cultural comparisons like these that highlight how some of what we consider to be basic identity markers are just social constructs.

Yet, social constructs or no, we all need things to ground us, to connect us to our environment and each other. We rely on continuity as a basis for ontological security. We look to history and we look to tradition. We hold celebrations and events that can unite us as a community, as nation, or even as an international community.

…And the Japanese definitely know how to put on a party, with regular matsuri (festivals) that take place at shrines, temples, schools, districts and so on, as well as bigger national celebrations. There is almost always something going on in Japan. (And people ask me why I love living here so much…!)

Nestled northwest of Ueno Park in Bunkyō lies Nezu-jinja, a Shinto shrine that is said to have been established over 1,900 years ago by the legendary priest Yamato Takeru no Mikoto in Sendagi. It was then relocated to Nezu in the Edo Period (1600-1867) by the 5th shogun Tsunayoshi in order to commemorate the adoption of Ienobu as his successor. It is said that Ieonobu then established the festival in 1714, which makes this year its 300th anniversary.

Taiko – drumming with a real performative element to it. These girls switched places, rotated, and almost danced as they drummed. The rhythms are really soothing and hypnotic. As Liam my festival friend put it, you could imagine how entrancing and spiritual this must have felt 300 years ago.

We were actually heading back to the station when these ladies came twirling their arms down the road, followed by festival floats and a lot of kids too!

3) Lots and lots of food

There are so many street stalls that its impossible to count (scroll down for more photos). Here is what we ate:

And, an added bonus, we were given free pineapple lollies outside the station:

And here admire all the colours and buildings and statues and people (I have new camera syndrome so I photographed…everything!) 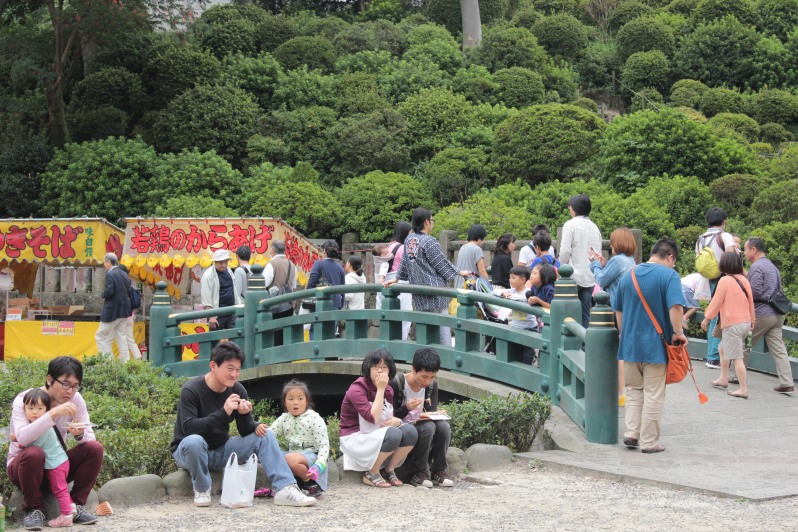 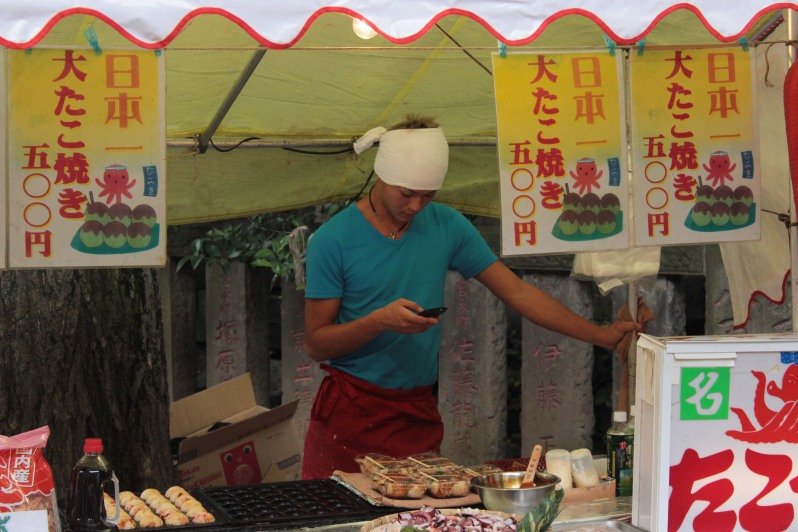 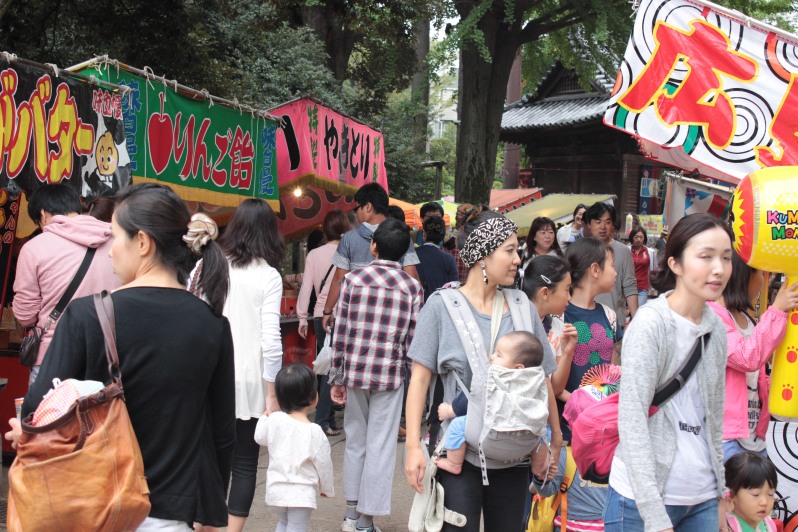 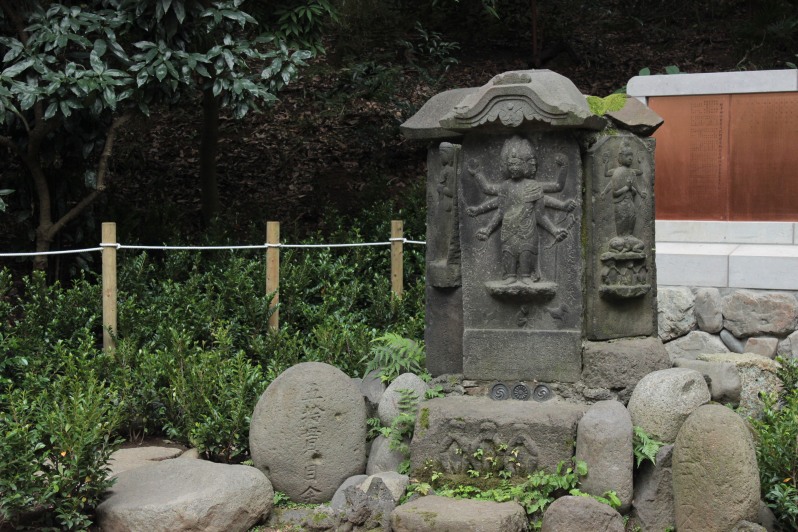 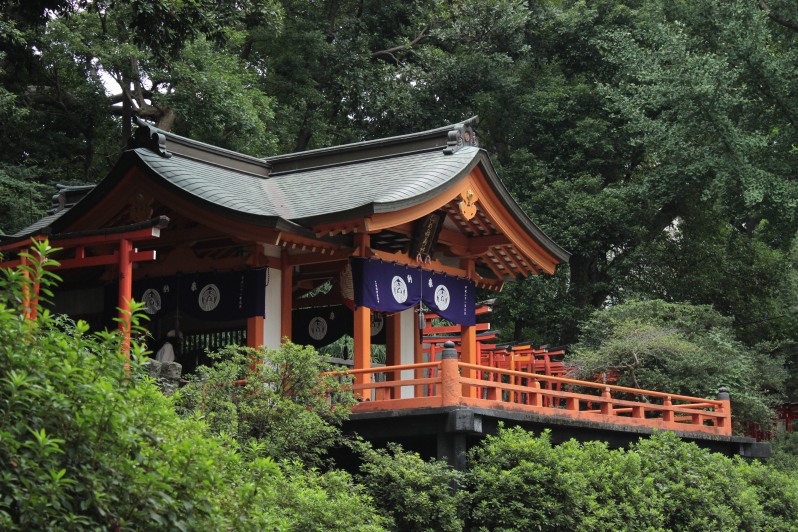 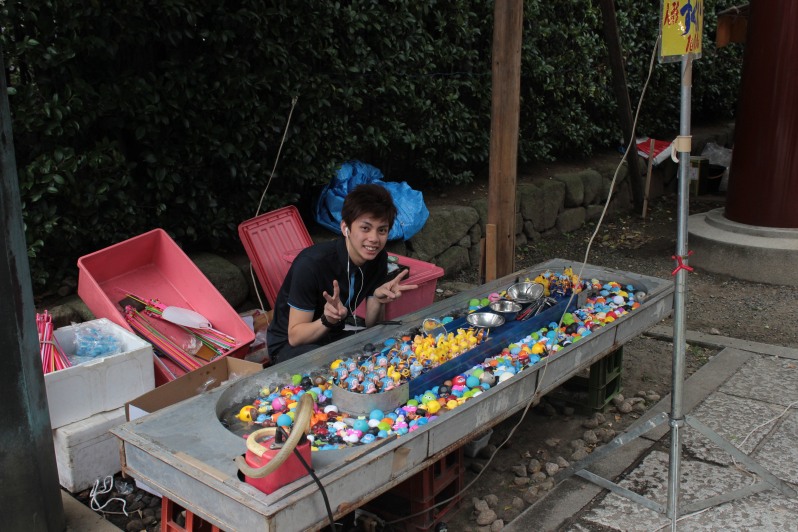 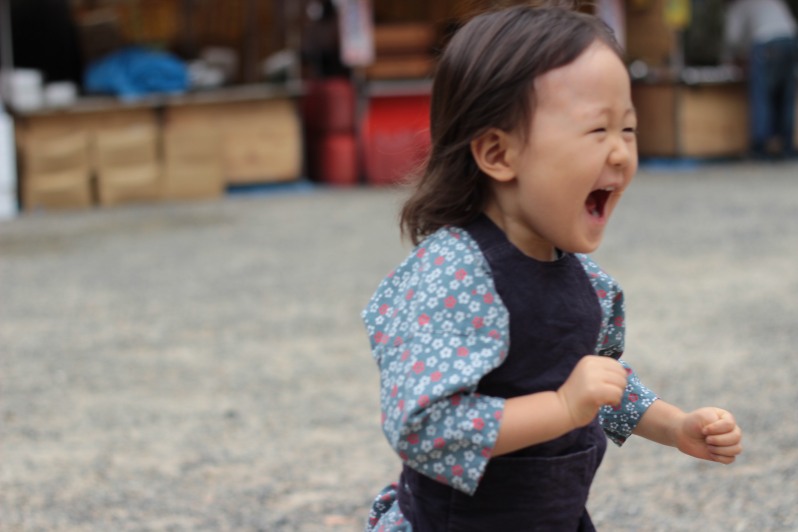 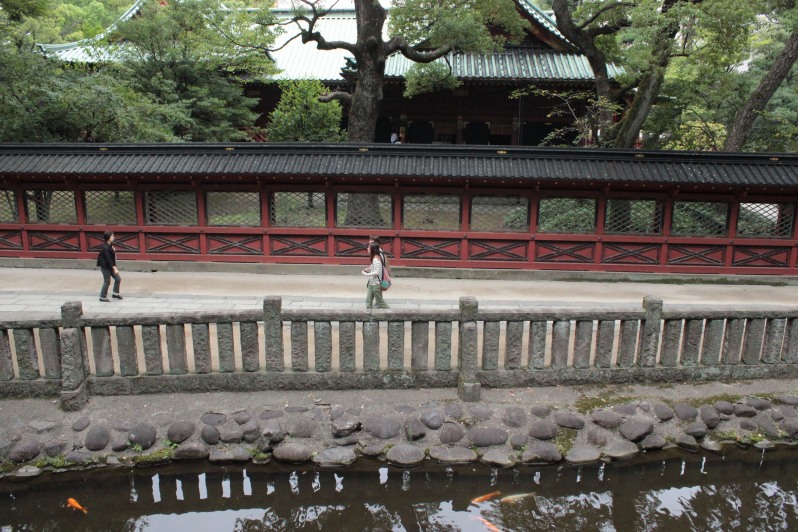 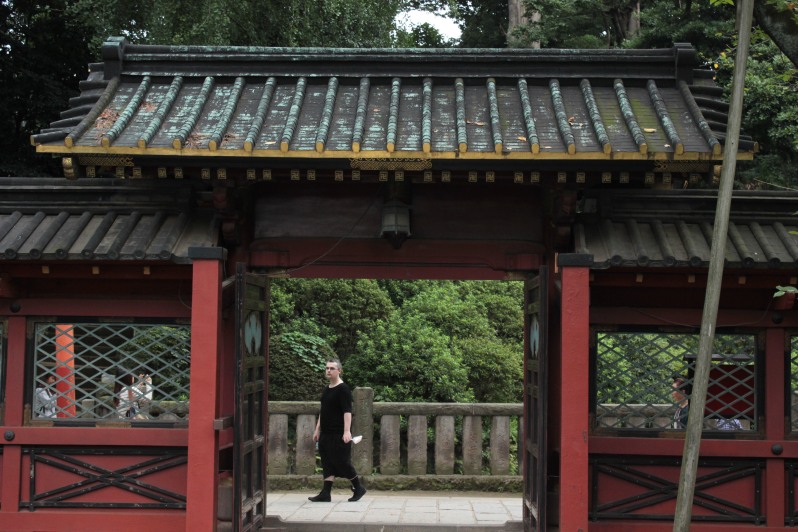 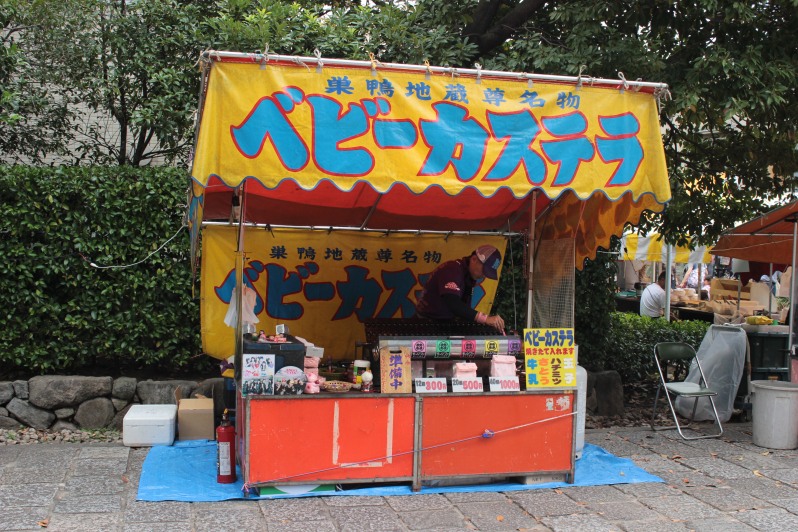 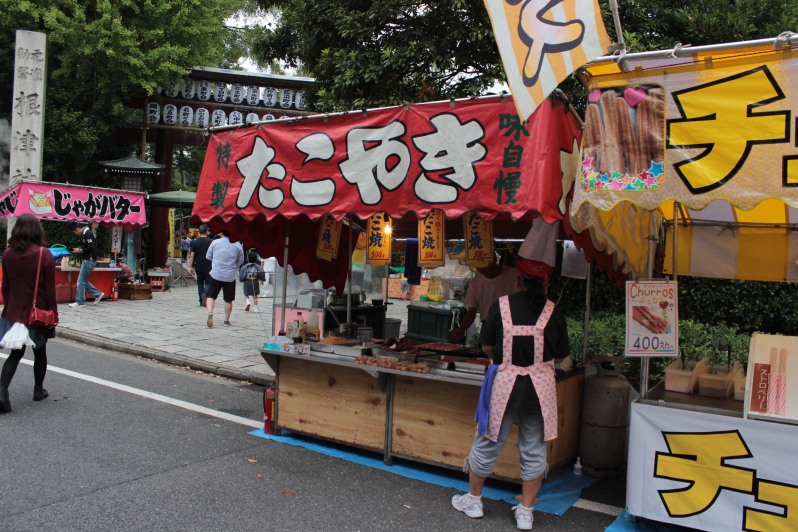 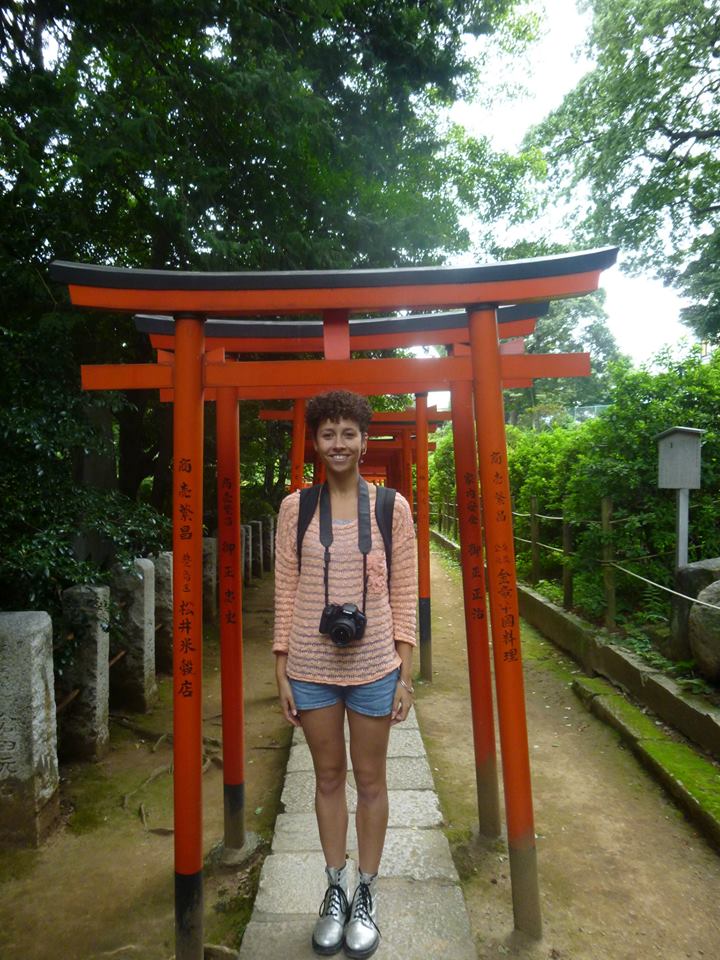