It can be easy to get into a routine and move through the city in the same pattern throughout the weeks. I find that I normally plan to go to a place to eat – head straight there, and then leave.

This means that I don’t explore as much as I should, take the time to wander the streets and see what I find. It also means that every time I meet someone it tends to be for eating. Although I naturally love this, sometimes I feel like I should include a few more activities in my life….

My friend and I decided to solve this dilemma by organising food that would be followed by a walk through Tokyo. Our target: Oimachi as we would be going to another party there later in the day.

We originally wanted to go a “pizza ramen” / Italian-fusion noodle place which looked and sounded both bizarre and incredibly, but this was not to be. It seems to be common practice for stores in Japan to take a holiday when they feel like it.

We headed back to the station, looking at places that we passed, until we happened upon Noriya Shokudo / のりや食堂. It had a decent rating of 3.56 on the Tabelog review site, and it was also with female customers and kids, a little more welcoming some of the greasy joints we’d passed, with only men sitting and slurping.

I was starving, and promptly ordered the “A set” – chūka soba (ramen) with a mini cha-han (fried rice) (950 yen). We sat at the counter and less than 5 minutes later, hot bowls were in front of us.

First sip told me that this wasn’t the most mind-blowing ramen place in the world. But it wasn’t the oiliest either. And it was going to fill the gaping hole in my stomach in a very satisfying manner.

The noodles were a little thinner than some places, with a pleasing amount of bite. They stood up well in a very salty, soy sauce-based broth that had just the right amount of fattiness from pig stock to add depth of flavour without making it overwhelmingly oily. This was topped with two thin slices of pork (again, moist and tasty but not spectacular); a slice of kamaboko (rather tasteless processed fish cake which I tend to ignore); some menma (fermented bamboo shoots); and spring onions.

Some white pepper and a generous splash of garlic added all the extra flavour pep I needed.

The fried rice could have had a bit more pork in it, but it had just the right amount of egg and fluffiness of texture to make me want another bowl.

Bellies full, we tottered on our walk… which, rapidly became uncomfortable, because our bladders were also full from downing the amount of water to counteract heart-attack sodium levels.

However, we discovered the delightful area of Tachiaigawa, where coloured lanterns were lining a little shopping street. 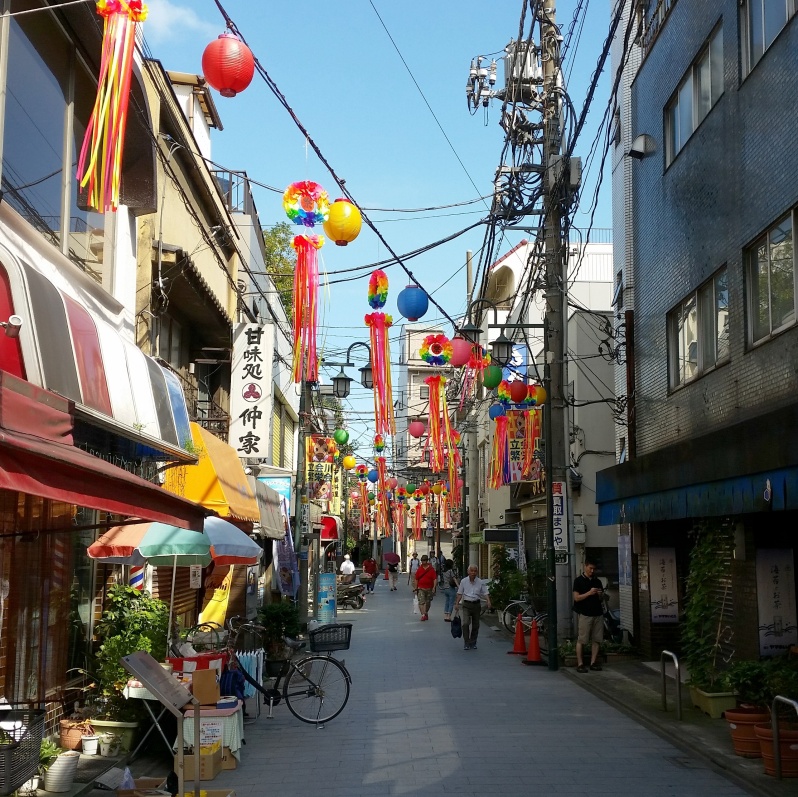 I also caught some Pokémon on Pokémon Go, which – before you roll your eyes at my lack of engagement with the real world – I should tell you that the virtual world enabled our exploring. The game pointed out the magnificent Horse of Ambition:

We strolled around the beautiful Tenso Suwa Shrine…

… where I found Psyduck waddling around. His stomach looks as round as mine felt after that ramen.

Deciding to explore let us see the world with fresh eyes – like children. And being able to take wonder in the everyday miracles around us is part of my philosophy for life – and one of the keys to staying happy. So go forth and release your inner child.* 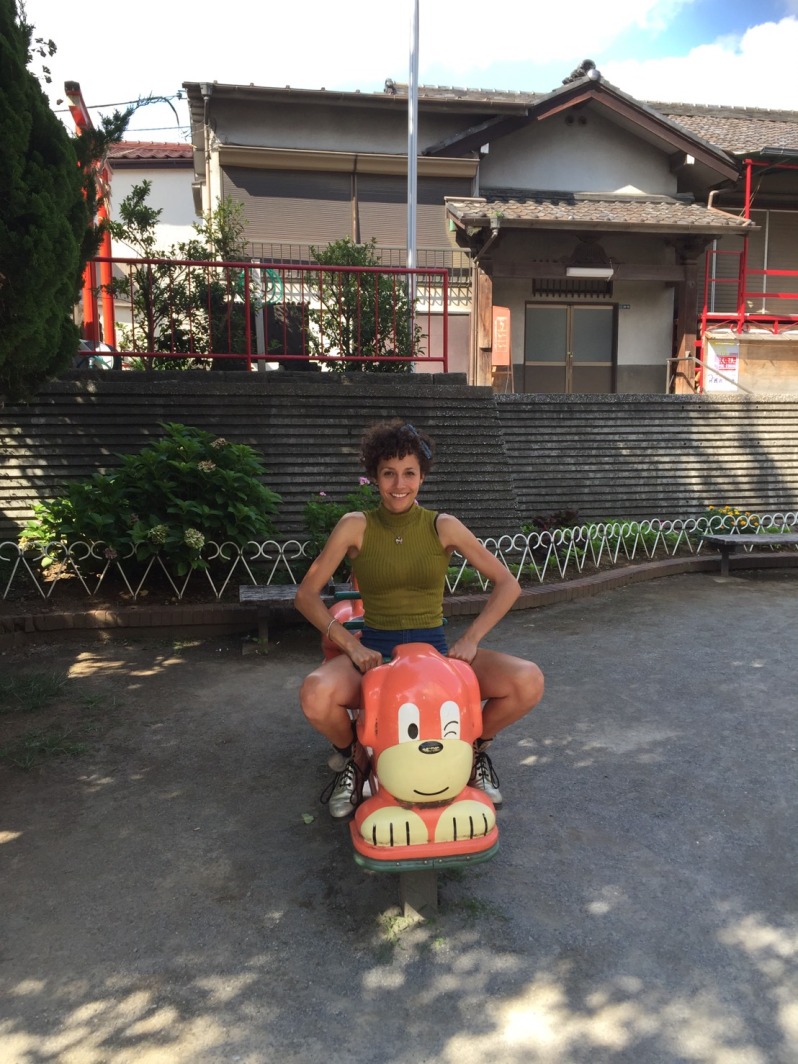 Noriya Shokudo 3/5 – it was the perfect quick, cheap and unfancy refuelling. Not worth seeking out, but definitely a tummy-filler. No doubt it rivals bacon as drunk food.