I stumbled across this tiny little place whilst heading to a trial karate class. There is nothing more satisfying than tucking into something very tasty after exercise. And since there aren’t any seats, we had a picnic in the fresh air – all good for the health, no?

This is what I had….

This was nearly two years ago. Dreaming particularly of the butter-honey bun, I decided it was more than time for a revisit.

Fortunately, I’ve made a bakery-loving friend who lives nearby who will help me produce this bakery series for you hungry Tokyoites!

So where to start with Les Lis… it wins on the price-quality point.

I bought a kare pan (curry bread) and a cream-cheese with fig confit pastry and it totalled a mere 507 yen. At the price point, one would expect a slightly soggy and/or greasy kare pan and some very tasteless cream cheese with a sweet fig jam. Not so.

The kare pan dough was light and the curry had proper strips of beef that had been shredded as opposed to indistinguishable mince, which is often the case. The curry flavour didn’t exactly sing to me but it was wholesome and excited.

But the serenade really rang out from the cream cheese-fig confit pastry. The pastry was perfectly crisp, not too buttery, not too dry. It was so tasty in its own right I could have eaten it plain and be more than satisfied (and this comes from someone who finds croissants rather dull and laborious!). The cream cheese was a thick slab base to luscious fig confit that contained sizeable chunks of fig.

If you fancy a picnic, you can either sit in a children’s play park nearby, which currently has some rather lovely flower plantations just outside it, or you can head to Hanegi Park, which has picnic benches and is famous for its abundant plum blossom in the spring. Alternatively, munch on the street and stroll the rather quaint Shimotakaido neighbourhood just to the north. 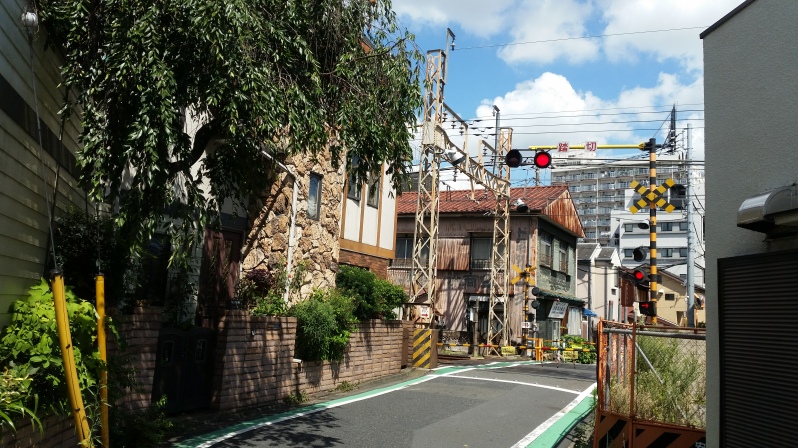