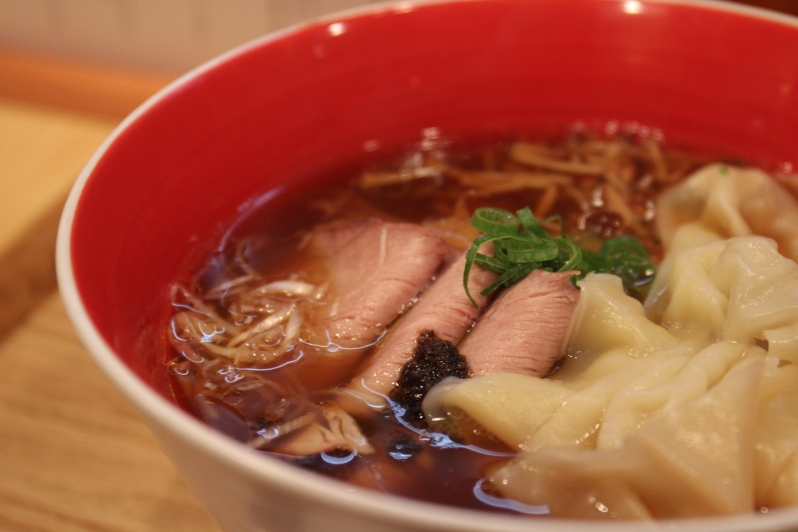 You’ve probably heard a lot about ramen – to be honest, it’s almost old news. Whereas sushi was the first morsel to whet the appetite for the fetishisation of Japanese food, ramen was surely the next.

As if to demonstrate they’re down with the cool kids that like to serve triple-cooked chips with a side of truffle oil to highlight that finer ingredients can indeed be used to exoticise the more mundane comfort foods we crave, the Michelin Star judges awarded Japanese Soba Noodles Tsuta, a tiny ramen joint in Tokyo, a Michelin star in December 2015.

As a matter of fact, Tsuta’s ramen actually does come with truffle sauce. And so it probably wins the Michelin Star Epitome Award.

Tsuta (蔦 ) means “vine, ivy” in Japanese. Located in Sugamo in northern Tokyo, you may have heard about it on the (grape)vine: the Michelin award caused quite a stir and the tiny joint had to introduce a ticketing system, with lines of people queuing from 6am to get their prized seat.

Given that I am a ramen lover, I knew I would have to undertake this ramen experience at some point. But given there’s no shortage of delicious ramen in Tokyo, I decided to take my time… so that the visit would take less of my time. 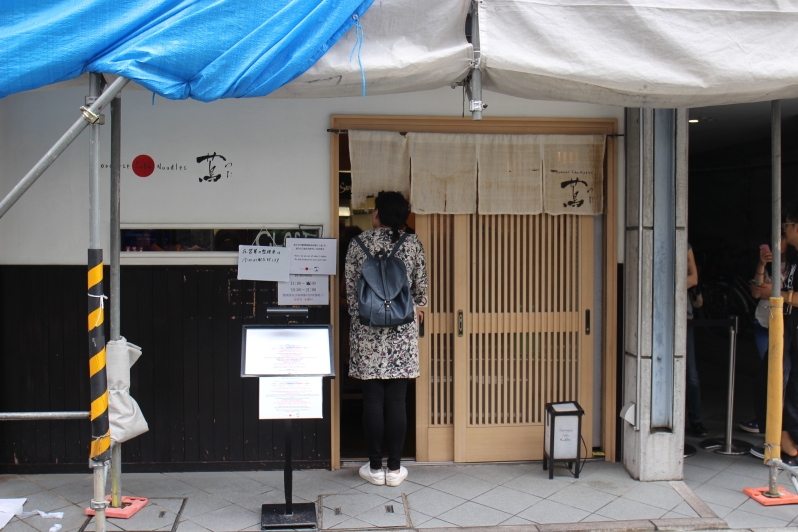 In the pouring rain one Sunday morning, my friend and I embarked on the quest. Arriving at just past 8am, we were not encouraged by the very closed looking store. However, be bold, slide open the door and there will be staff inside.

The hype must have died down considerably because we were able to receive tickets for a 1pm seating, which was a very reasonable time in my opinion for lunch.

Only five hours to kill.

Given that a 6.30am wake-up, we were almost tempted to call into the conveniently placed love hotel opposite with nothing more exciting than blissful unconsciousness on our minds.

Nevertheless, we retained our wits – or, at least, most of them – and made it back to the store for 1pm and joined the queue to sit down. Yes, you have to queue again. When a store only has nine seats, they certainly can’t offer precise seating times.

However, we prayed to the angel on the love hotel windows (“Dear Lord, I will be forever thankful if I can eat some noodles quickly. (R)Amen…”) and within 20 minutes we were in the store with our ramen on order. 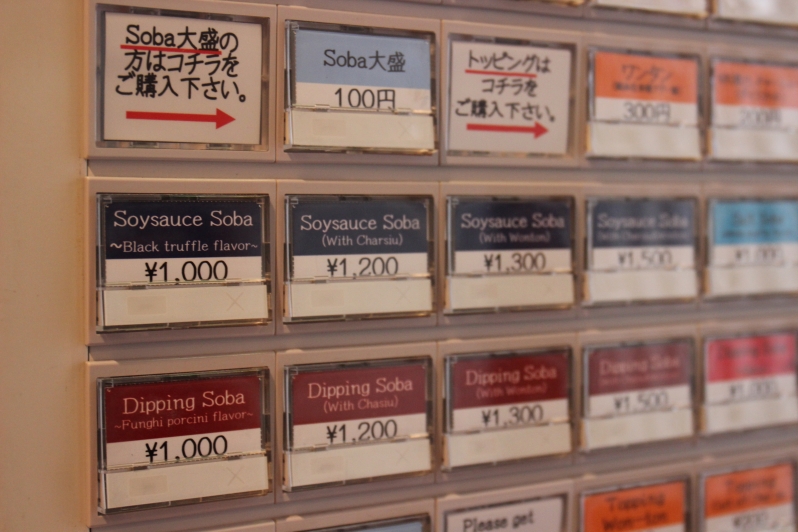 At the door, you will be faced with this vending machine – which conveniently has English buttons.

There are two types of ramen on offer: shoyu ramen (soy sauce) or shio ramen (salt). The former is a chicken and vegetable-based stock and comes with black truffle oil and black truffle sauce, the latter is a clam and red-seabream-based dashi, which comes with Italian white truffle oil.

I personally dislike fish-stock base ramen (scandalous I know as this is a very popular type in Japan) so I went the soy-sauce base – which was also a good choice, as I also find shoyu ramen more interesting than shio. Plus I’d heard that I shouldn’t miss out on the black truffle sauce. Which was very, very true.

There was a particularly intriguing (read: gluttonous) char siu wonton special for 1500 yen. It’s a little pricey for ramen but this was a Michelin star place and this dish was clearly made for me.

We took a seat at the simple wooden counter and observed the interior, which was definitely one of the cleanest interiors we’d even seen in a ramen store.

Before long though, my concentration was focussed on the magnificent bowl beneath my nose.

I took a sip of the broth and instantly relaxed into bliss as if I could sink through layers of unami blankets into the comforting familiar of one’s own bed. All flavours worked into a smooth river that flowed over the tongue with ease.

Yet, there is a problem with feeling so familiar – distinctiveness dissolves. By 5 mouthfuls in, the broth had lost its character and no longer had any impact. It became a backdrop for the other ingredients, rather than a partner. 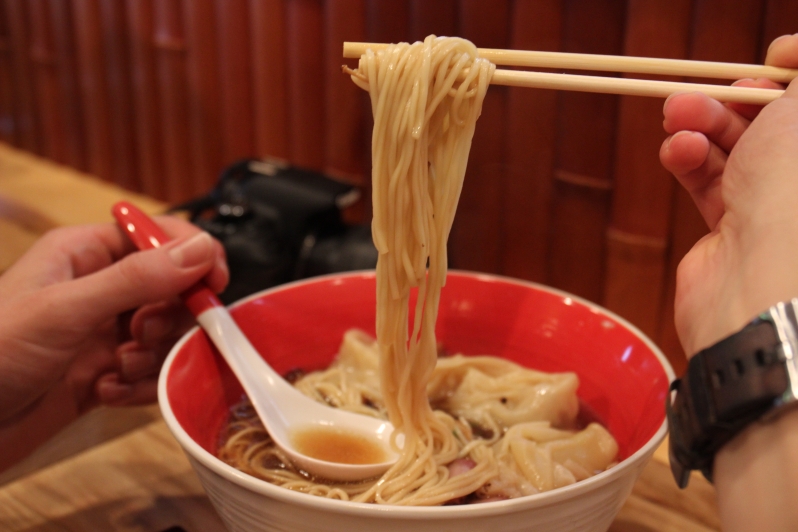 The noodles, however, were exceptional. A little springier than some, they had a flavour unique to their own.

Noodles can often be a little dull unless coated in sauce – a base, a tummy-filler, rather than the main event. These noodles were an event all in themselves. Made in-house every morning, they apparently feature four varieties of domestic wheat flour, with egg and natural brine from Inner Mongolia (I totally hate artificial brine from Outer Mongolia).

The char siu visible  on first serving i was the leaner meat – and whilst exceptional quality, I preferred the fattier, softer slices hidden just below the broth’s surface (which were a great and welcome surprise!) As for the wontons, they sadly barely nudged my tastebuds, and had far too much casing compared to filling.

What I really wanted to do was ask for another dollop of black truffle oil. Or five. For all my Michelin star cynicism, I’m a truffle-lover after all.

Tsuta is worth a visit to experience the new gourmet heights but it might not make you lick your lips with relish.

However, I will be heading back because they do tsukemen with a porcini dipping sauce!! I think that deserves a Michelin star just for creativity!

And if you’re in Singapore, a branch will be opening very soon (check their Facebook). Whether stores can share Michelin stars though is another question…

Tsuta 3.5/5 – Stylish ramen of the utmost quality. But the flavours will stroke your tongue rather than give it a proper punch.