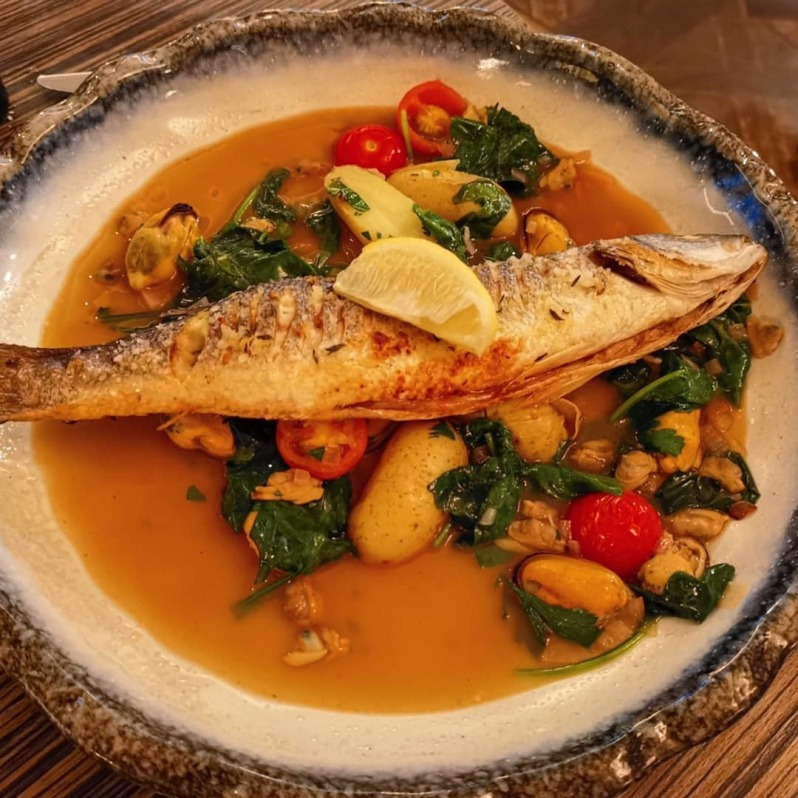 Being a British food writer based in Japan, I have had more than a few comments about my native country’s cuisine or lack thereof. Whereas 15 years ago I would have been prepared to nod is typically awkward agreement, but not anymore. Not only do I think London is one of the most exciting gastronomic destinations in the world – indeed, its variety far outstrips Tokyo – but the quality in many other locations is soaring upwards.

This summer, the at-least-24-hours-door-to-door-fairly-epic journey from Tokyo to my family home in the New Forest in southern England twice. And as well as enjoying some incredible custom home menus – call me biased, but both my parents are excellent cooks – we got ourselves a little dressed up and headed out to one of our favourite places to eat locally: the Upper Deck Bar and Restaurant at the Harbour Hotel in Christchurch.

The restaurant is overseen by Alex Aikens, who started out as a fisherman on a trawler boat before deciding to buy some recipe books and open his own restaurant in 1983, earning himself Michelin star. Nowadays, he runs The Jetty (also at the Harbour Hotel) which does incredible food, but we somehow prefer the more casual atmosphere and service at the Upper Deck. 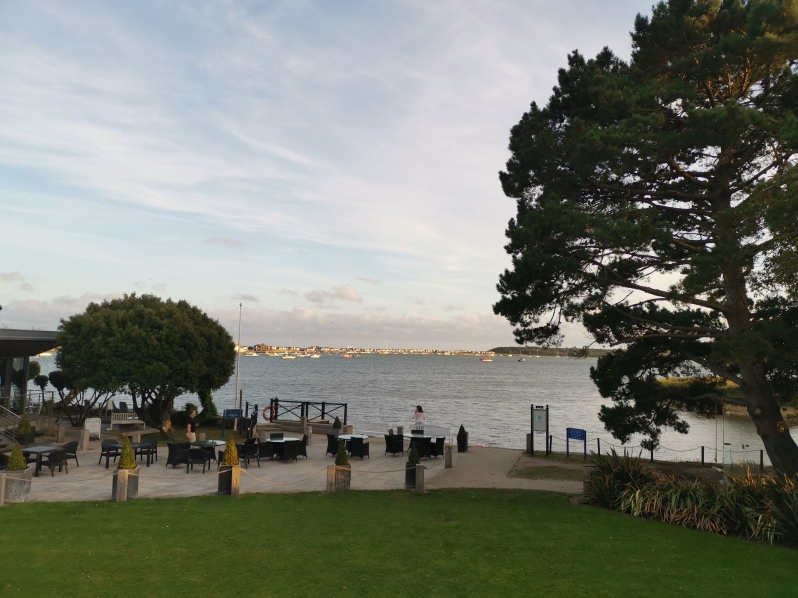 The Front of House on our visits was a theatrical fellow who jovially guided us to our seats, whether that be starting drinks on the terrace overlooking Christchurch Harbour or the cheerfully contemporary dining room that never gets too noisy even when full.

On our first visit, we were greeted with a complimentary glass of champagne and having tasted the good stuff, we like to continue this tradition. 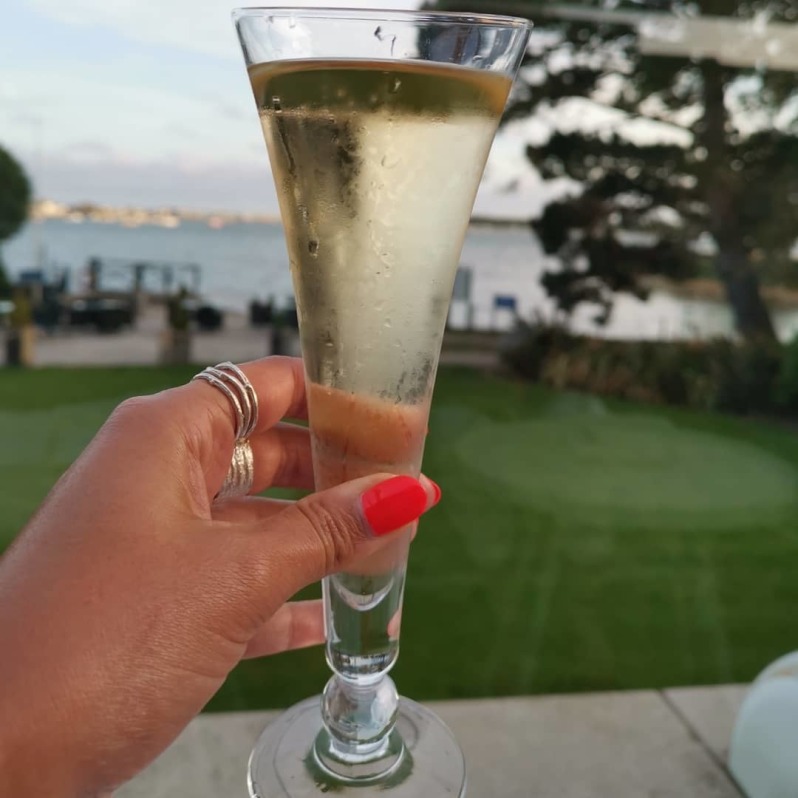 The menu takes a modern approach to British classics and international influences, sourcing local ingredients where possible. The set dinner at 3 courses for 27.50 is great value.

The attraction lies partly in its refreshingly uncomplicated approach to the food. Everything listed on the menu is easily imagined before it appears, ranging from original takes on classic dishes to crowd-pleasing flavours that casually err towards the unusual with a surprising ingredient.

My duck terrine might have a well-matched but to-be-expected red onion relish as an accompaniment, but adding cherry and pistachio to the terrine itself is an exciting and welcome twist. 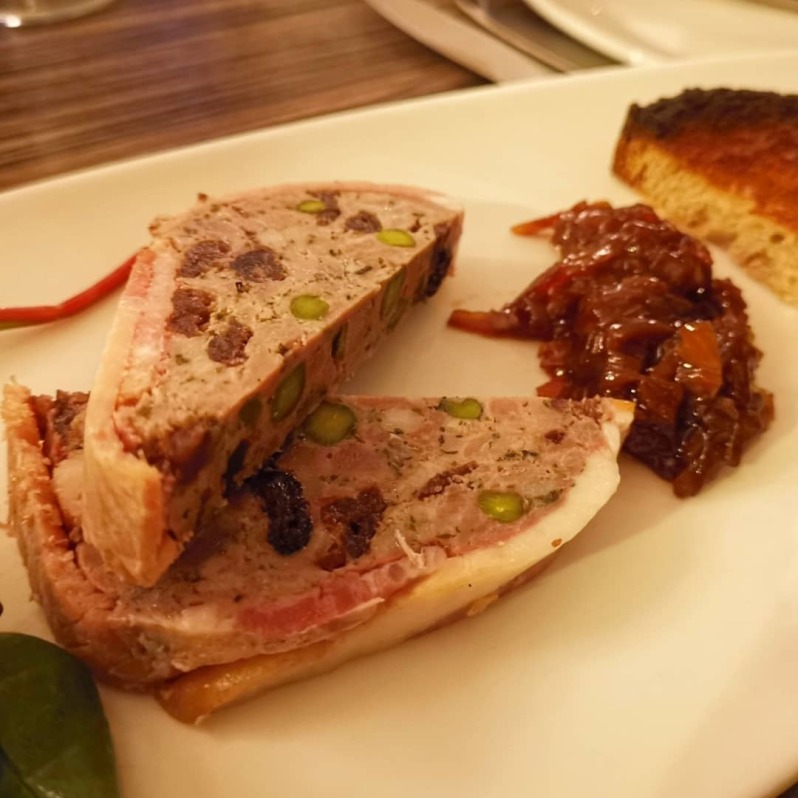 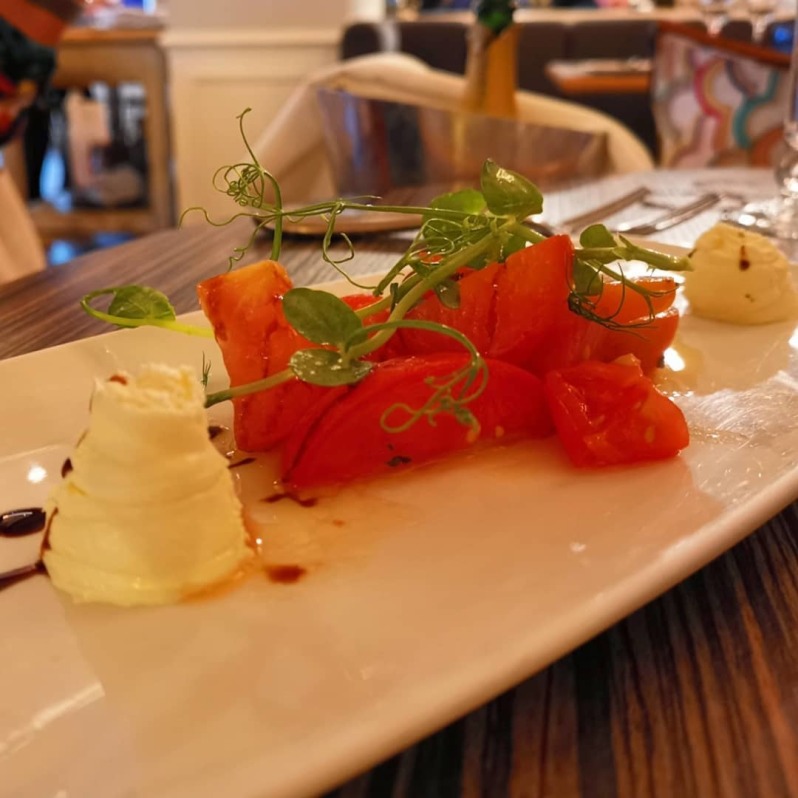 And the sticky toffee pudding both contains and is served with bananas for an even richer flavour and added textural decadence. 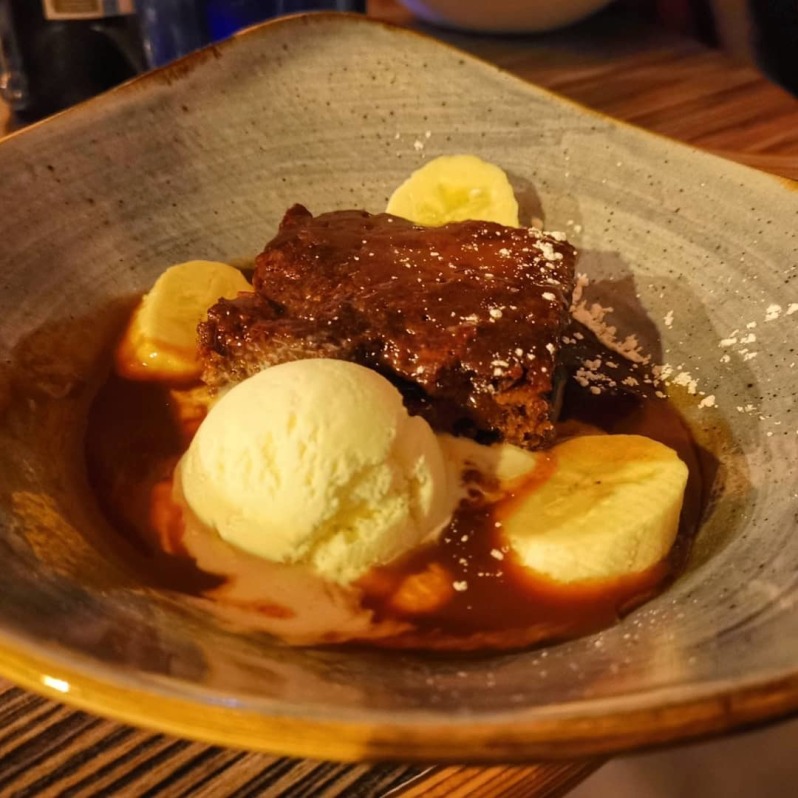 Then – as to be expected – there is the excellent, fresh seafood. 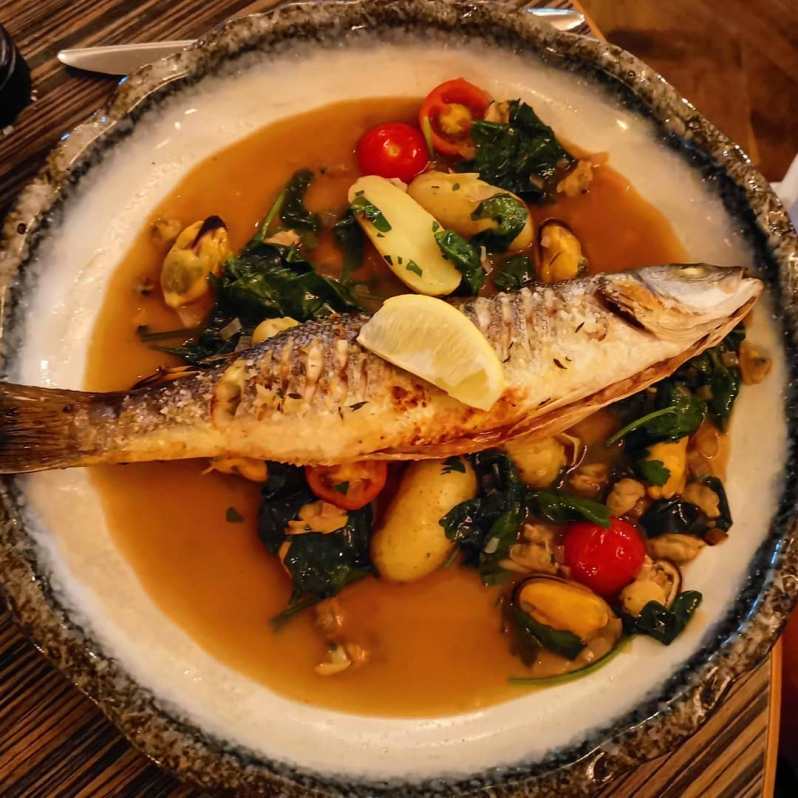 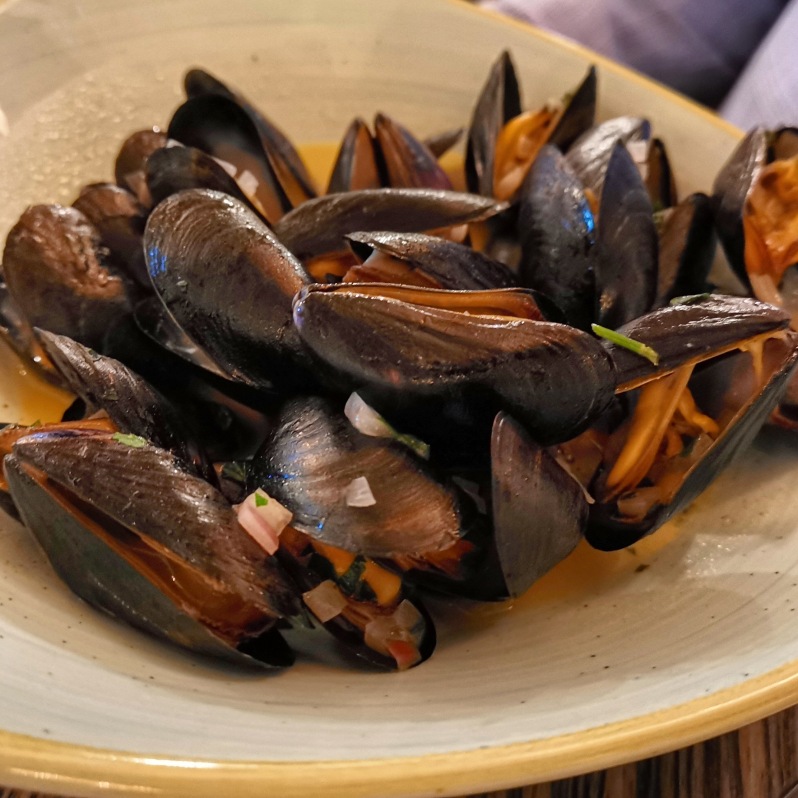 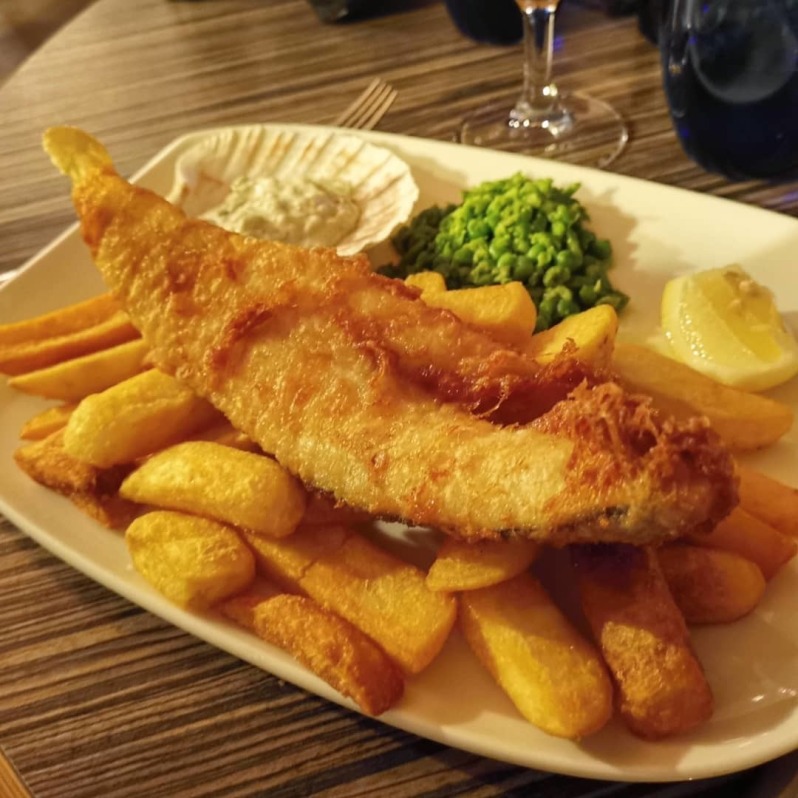 A true show-stealer, however, would appeal to carnivores: porchetta with mash, prunes and mustard cream – rich flavours layered upon one another to create a dish that induces a satisfied silence on completion. 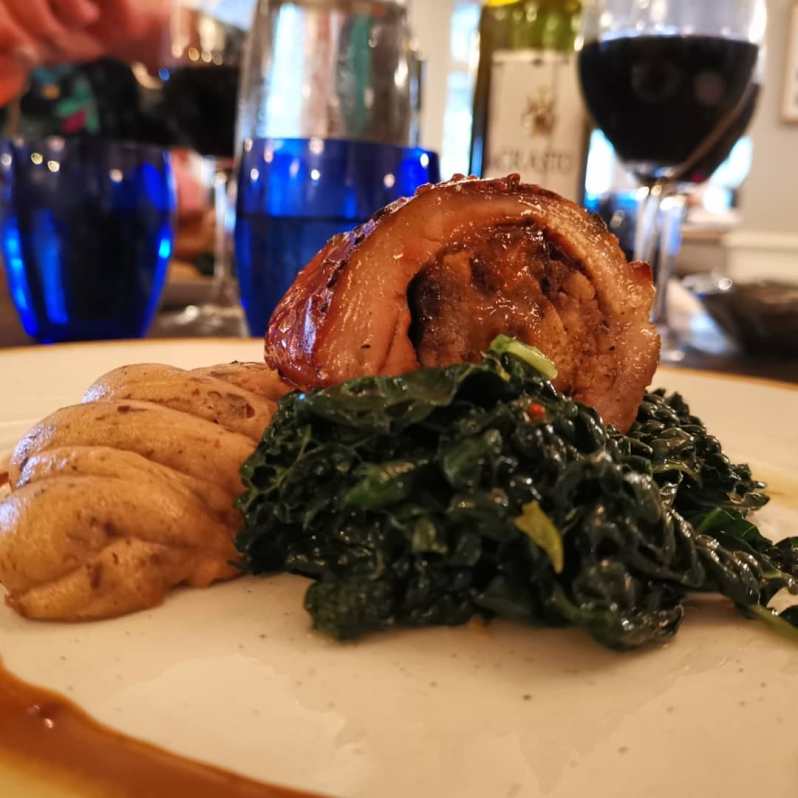 Another shout-out goes to Alex’s twice baked cheese soufflé with glazed “Old Winchester” crust that received appreciative murmurs of nostalgia among my co-diners. 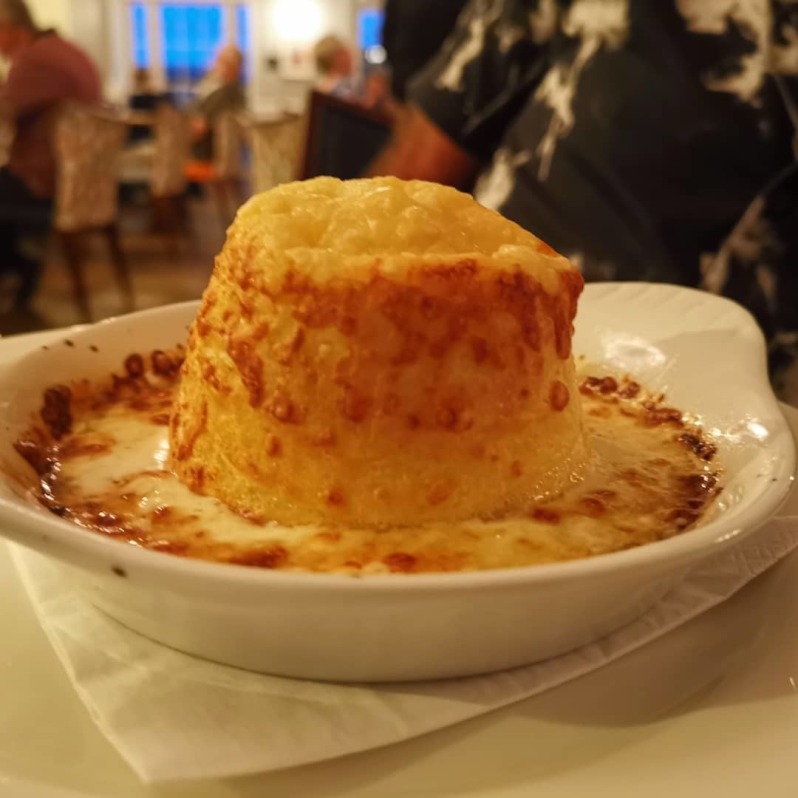 The ability to judge modern tastes and deliver is definitely the restaurant’s strength. A duo of pork – tenderloin & belly with mash, carrot, greens and red wine sauce – is hearty,  beautiful and a guaranteed winner: the table of four next to us ordered it all round. Dark chocolate mousse, brownie crumbs and pistachio ice cream is a dessert that requires no further description. 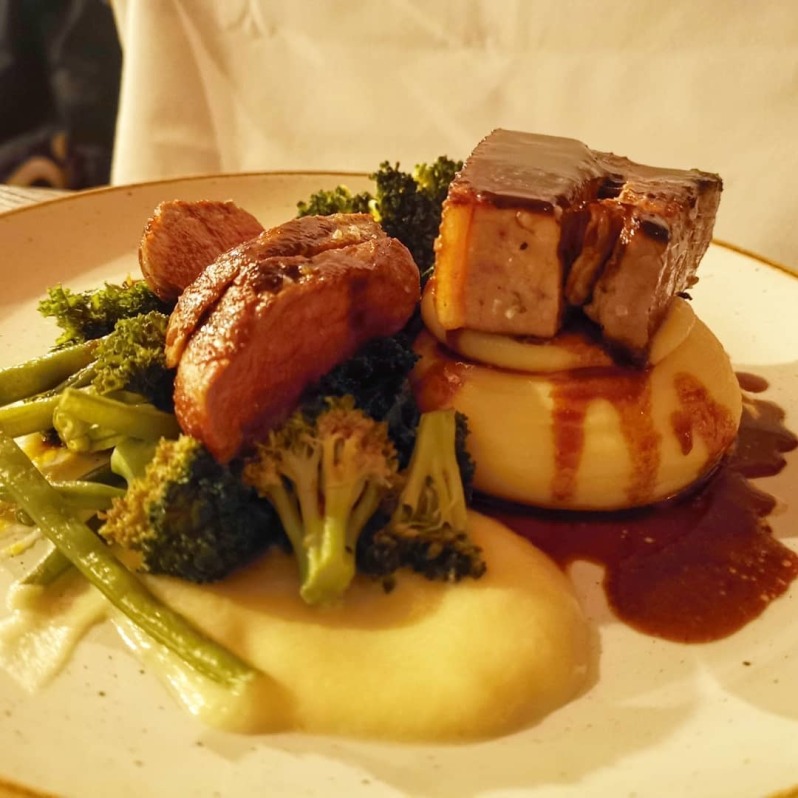 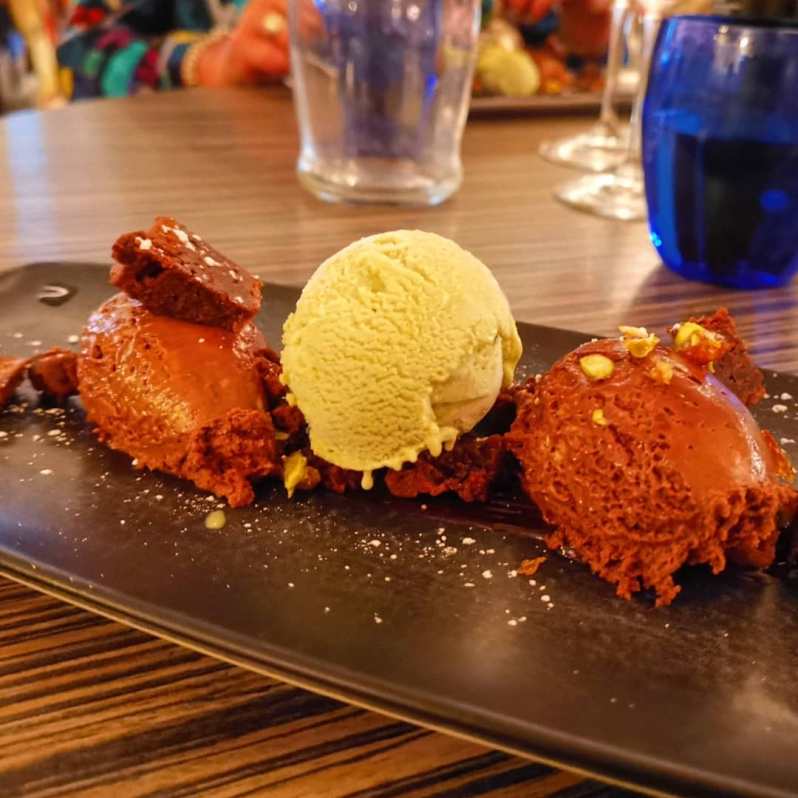 Occasionally, a dish wavers slightly off track. The bread and dips for starters are a bit of mismatch – a case of trying too hard to be exotic and interesting. Only the hummus brings joy. The coley is let down by the quality of the accompanying chorizo that ends up being a bit too overpowering. 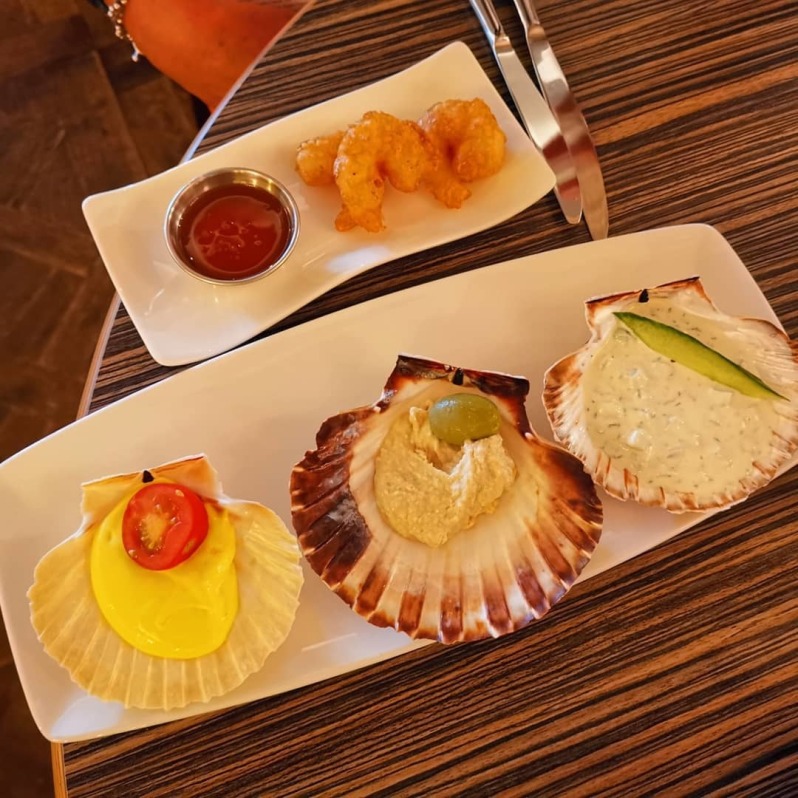 But Upper Deck triumphs with its overall quality, service and atmosphere, showing off some of the best of British cuisine. For any Tokyo friends who brave the tediously long journey to my home area, I will be taking them along.